All hotel rooms have been recently renovated and are equipped with the following amenities:

From a underground smokers-den to a coffee shop empire. The Bulldog’s success-story reads like an American dream and as such could have filled an episode of Oprah. Read more.. 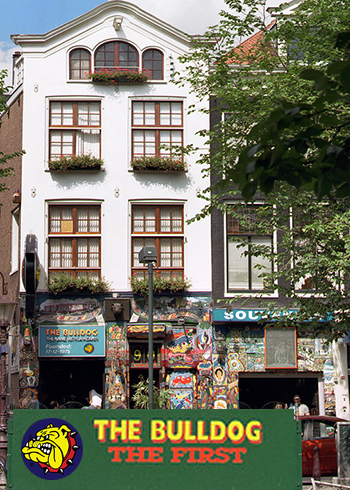 VALUES
(Nothing is normal, everything is comfortable)
The Bulldog is rebellious, authentic and social.

Read more about the history of the Bulldog Hotel.
The Bulldog Hotel Amsterdam is the world's first 5 star hostel. The Bulldog Hotel Silver Star's Ski Accommodations (Vernon, B.C., Canada) have the same distinct European feel and liberal atmosphere allowing for a relaxing experience.